Look up in the sky! It’s a bird, it’s a plane, it’s…the monthly subscription box that will get your nerdy heart beating faster than a speeding bullet.

If you’ve been searching throughout land, space and sea for a mystery box filled with goodies from your favorite movies, tv, and video games; look no further than LootCrate. Your one stop shop for all things geeky.

So what is LootCrate to be exact? Well, according to their website, LootCrate “offers up a unique monthly box of awesome for every fandom, enthusiast group and style. Pick your crate and get excited.” Let’s dig in with this Loot Crate review…

Basically, this box offers cool, collectable items once a month from varies fandoms: Starwar, Marvel, DC, etc. Each month there is a different theme based around a singular word: Primal, Revolution, Magical, etc. Plus, a new, popular, nerdy release coming out that month.

For example, May box theme is “Guardians” and most of there boxes with focus on the release of the new Marvel movie: Guardians of the Galaxy vol 2. However, they will also have stuff from other fandoms that fit the theme of the word like Star Wars, The Goonies, and Destiny.

LootCrate tells you these themes in advance so you can better decide if you want to purchase this crate or skip that month.

What makes LootCrate different from most geek culture boxes you find on the market is the sheer variety of it. LootCrate has really created an empire here, having four different sections of crates: Pop Culture, Gaming, Films+TV, and Apparel. You think that be enough right? Wrong! In addition to these sections, they have subcategories to this.

For example, the pop culture section has an amine and a pet section. Gaming has exclusive Halo and Mass Effect boxes. Film+Tv has Harry Potter and Firefly. Apparel has a variety of clothing items: socks, undies, tees, and “wearables” and LootWear for Her, with is an item for the lady subscriber. You also the options to bundle items in the apparel.

Most of these crates vary in price and most are once a month and stick to the main theme (with the exception of Harry Potter, Firefly, Halo, etc which are bi-monthly and have they’re very own theme). So, if anyone has cornered the market of all thing fandom, it’s LootCrate.

With the fear of having your spin faster than the little girl from The Exorcist from all these buying options, I’ll stick to reviewing the standard crate.

Your basic LootCrate is a once of month box that comes towards the end of the month. It comes with over four items based on the monthly theme and the fandoms that are mentioned in the months theme.

While you know the franchises that will be featured, the actual items are a mystery, though a shirt will always be included(you pick the size) The cost of the box is $15.99, plus shipping and handling, though they do give out coupon codes. LootCrate claims that the value of these boxes are over $45 and are collectible and licensed product.

You can cancel your subscription at any time and can skip months. The latest you can order is one day before the boxes are scheduled for shipment. So if you’re the kind of person who waits to the last minute (like me) this subscription has you covered.

Here are some examples of different standard boxes that LootCrate has done in the past. This is August 2016 Anti-Hero theme crate. This box features: A Harley Quinn figure(also called a Q-Fig), An Archer T-Shirt, Hellboy Coin Bank and a pair of Kill Bill socks (Photo from lootcrate.com) This is November 2016 Magical theme crate. Inside this box is  Doctor Strange Q-Fig, (note: not all boxes come with Q-figs) Fantastic Beast tee shirt, Game of Thrones journal and Big Trouble in Little China Comic. (Photo from lootcrate.com).

As you can see, each crate has some variety with the items it features.

Alternatives to LootCrate are Fanmail and NerdBlock. Fanmail is basically Lootcrate for girls. It comes every other month and has a vary between 21.99 and 23.99 (depending on what size you order) plus shipping. They curate a variety of items such as shirts, jewelry, accessories, comic books, household items, vinyl figures, artwork, etc. Past boxes have been “Familiars and Companions” “Legends of the CW 2.0” and “Magical Mystery”. This box comes with around eight items (usually has a shirt) and everything looks really cute.

NerdBlock is similar to LootCrate where they have 4-6 items(t-shirt in every box) and tell you the fandoms in advance. The price for one month(a regular monthly loot crate subscription) is 19.99 plus shipping but it’s a 60 dollar value. Also like LootCrate they have different types of boxes(classic, comic, horror, sci-fan, gamer). 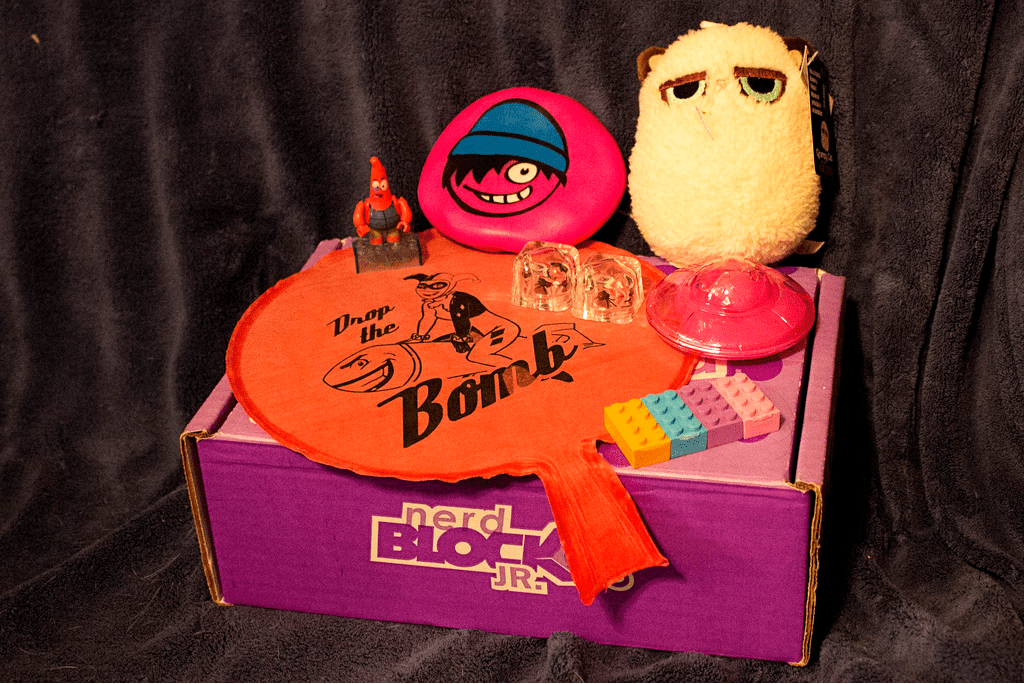 What’s different is they have a NerdBlock jr for both boys and girls. This would be a really cool gift for a kid, and if your terrible at shopping for children, this would be a super smart idea.

Overall, I think for the price and variety of this box, LootCrate is a great crate to subscribe to if you are a huge nerd and like a lot of different fandoms that aim more towards the standard nerd(comic books, science fiction, etc). The variety that this company has gives you a lot of options so it will be hard to not find a box you would like.

Plus, the quality is nice and theres a right amount of mystery. So if you like that, grab one today and life long and prosper. However, if you’re a little more of a girly nerd, than you might search for something else.

My experience with lootcrate was 100% awful. I never recieved what I actually ordered, instead i receieved 3 boxes of JUNK, and it took so long for customer service to even respond their refusal to help that they may as well not have responded at all. I was scammed out of hundreds of dollars, my time was wasted, and not a single person was competent, let alone helpful. I will NEVER do business with this company again, and actively tell people to avoid the company. Worst shopping experience ever.

Seriously, how much did Lott Crate pay you for this review? "You can cancel your subscription at any time" is a flat lie - I tried to do it in March, and it seemed to work, but days later they charged my card again. Despite asking for four months for a refund, they have ignored me - and nothing has been sent in those four months. Check out the hundreds of negative reviews on Trustpilot and the BBB. Seriously, by bigging up a company as poor as LootCrate, you appear to be deeply in their pockets.

You should not be advertising this company. Thousands of people have been fleeced over the last year. No crates, no refunds. They're blocking emails. They are currently being sued by the previous owner, and are trying to break the company off into smaller shell companies to avoid having to pay their debts.

It shows your review was dated 3-31-22. I have not received a loot box since September of 2021. Yet they still charge my card! Was a loyal looter for 7 years. Beware of the Loot Crate scam.